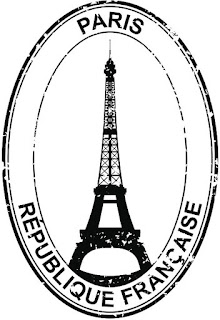 When you arrive in France, make sure to exchange some currency for € Euros. (Currently, $1 = € .90). Take a moment to Google how to ask in French where to catch the train that lets off near the Hotel d'Orsay. [As usual, it should use about 250Mb of data.]

The choice of hotel is based on the fact it is right by the Musee d'Orsay—your destination as depicted on the Paris postcard.


While at dinner, you may want to bone up on the history of the storied museum. [This search should take about 750Mb of data]


Gare d'Orsay is a former Paris railway station and hotel, built in 1900 to designs by Victor Laloux, Lucien Magne and Émile Bénard; it served as a terminus for the Chemin de Fer de Paris à Orléans (Paris-Orléans Railway). It was the first electrified urban terminal station in the world, opened 28 May 1900, in time for the 1900 Exposition Universelle. After closure as a station, it reopened in December 1986 as the Musée d'Orsay, an art museum. The museum is currently served by the RER station of the same name.

In 1977, the French Government decided to convert the station to a museum. The building was listed as a historical monument in 1978 and reopened as the Musée d'Orsay in December 1986. The chief architect for the conversion was the Italian Gae Aulenti. There is a huge clock which still works in the main terminal housing the museum.

Tomorrow morning, immediately after your visit to the museum, you will head off to your next destination. So if you want to do any sightseeing in the City of Light, tonight's the night. Fortunately, being in the 7th Arrondissement, you are near the Eiffel Tower!

Figuring you would indeed want to visit the iconic landmark, I've arranged a 9pm tour for you going to the top.

If you're not ready to turn in when you arrive back at your hotel, consider watching the movie Hugo, a charming Valentine to the magic of film-making, set in a fictionalized version of the Gare d'Orsay, complete with clocks.

Click here when you awake and we'll begin Day Five