Whew! You answered the riddle correctly. Now we can move on. Did you pack a magnifying glass? You'll need it to view the tiny image up in the right corner. You may purchase a magnifying glass in the Heathrow gift shoppe for £15. (...or you could simply click on the image to enlarge it 😉) The numbers written in the image indicate where you will be staying in town. Googling the numbers (with a space between each group of numbers) should use 100Mb of data as well as give you the name of your hotel.

My email account has been secured, however I've been apprised by the Knaights there is a good chance someone might be following you. Thus, you'll need to bide your time today and keep moving while the live video provided by your fairyfly companion helps me keep an eye on you from this end. Take note of anyone who looks suspicious or whom you recognize as being in places you visited throughout the day.

I've arranged for you to spend the day as follows. Apologies for the rain: 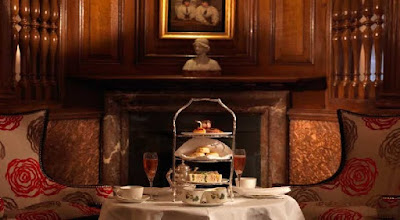